24 Mar The Palms of Easter 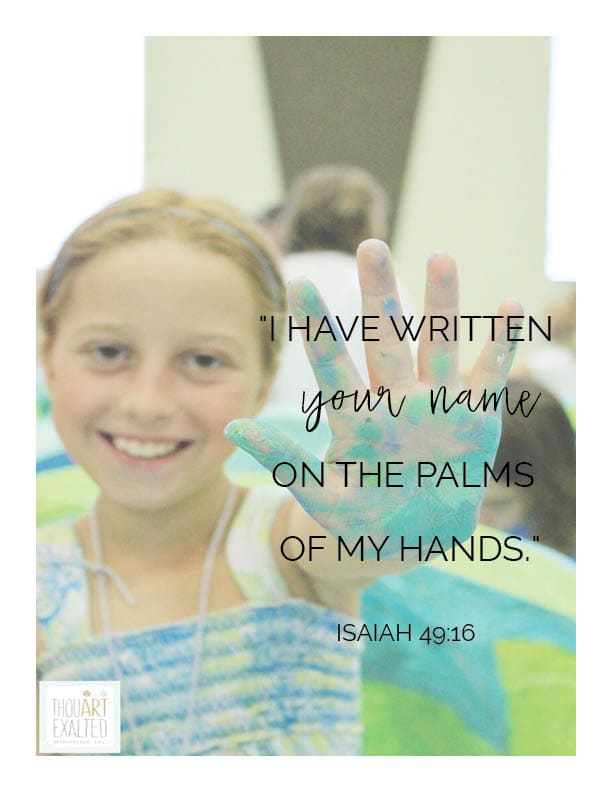 What is it about PALMS in the Easter Story?

• Is it about Celebration?

The gospel of John tells us that when Jesus entered Jerusalem, the people took PALM branches and shouted, “Hosanna! Blessed is He who comes in the name of the Lord” (John12:13).

The Roman centurions hammered two nails into the PALM of Jesus’ hands.

• Is it about Confusion?

Doubting Thomas said, “Unless I see the nail marks in his hands and put my finger where the nails were, and put my hand into his side, I will not believe” (John 20:25).

• Is it about Confidence?

Jesus responded, “Then he said to Thomas, ’Put your finger here; see my hands. Reach out your hand and put it into my side. Stop doubting and believe’” (John 20:27).

What is it about PALMS?

I believe it’s about Connection.

This week is called Holy Week—The week that Jesus enters Jerusalem, scatters the money changers in the temple, curses the fig tree, predicts His death, celebrates the Last Supper with the disciples, gets arrested in the garden of Gethsemane, accused of blasphemy, nailed to a cross to die a sinner’s death, and rises again the third day destroying the power of sin forever.

Did it ever occur to you that Jesus had a choice before the nails went into the palm of His hands? I wonder.

“Jesus turns his face toward the nail just as the soldier lifts the hammer to strike it! Couldn’t Jesus have stopped him? With a flex of bicep, a clench of the fist, he could have resisted. But the moment isn’t aborted. Why? Why didn’t Jesus resist? As the soldier pressed his arm, Jesus saw a nail—yes. The soldier’s hand—yes. But he saw something else. A long list of our lusts and lies and greedy moments and prodigal years. A list of our sins. He knew the price of those sins was death. He knew the source of those sins was you. And he couldn’t bear the thought of eternity without you. He chose the nails!” ~ On Calvary’s Hill

I believe He also saw your name.

He saw your name. He saw your sin. “And He couldn’t bear the thought of eternity without you.”

When Jesus was talking with Thomas he said these words:

“Then Jesus told him, ‘Because you have seen me, you have believed; blessed are those who have not seen and yet have believed.’ Jesus performed many other signs in the presence of his disciples, which are not recorded in this book.  But these are written that you may believe that Jesus is the Messiah, the Son of God, and that by believing you may have life in his name” (John 20:29-31).

This Easter, when you look at your PALMS, remember this CONNECTION and believe.

“How great is it when someone remembers your name? The Bible tells us that God never forgets our name. In fact, Isaiah 49:16 says, ‘See, I have written your name on the palms of my hands.’ How cool is that? The Good Shepherd KNOWS our name, and He never forgets it. The Good Shepherd knows that we, too, have significance. He created us as His masterpiece (Ephesians 2:10). He knows how many hairs we have on our head (Matthew 10:30). He knows the thoughts we think, when we sit and when we rise, and the days ahead (Psalm 139). You are special and significant. Yes, the Good Shepherd knows your name.” ~ Annie Pajcic, He Knows My Name 20/20 Mini Devotionals for Girls.